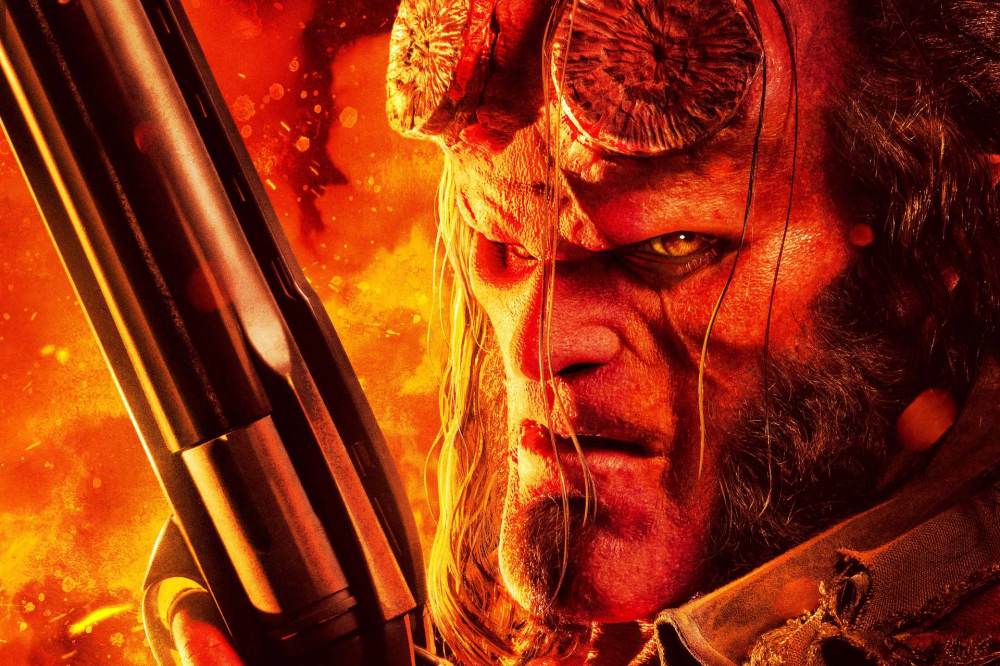 It’s a burning question that I felt needed answering ever since the first wave of negative reviews started circulating. With the first responses already sending the reboot into the deepest reaches of movie hell, it wasn’t looking promising. The negativity surrounding the movie was certainly enough to talk me out of a theatre ticket, so with its recent upload to Netflix, I felt now was the opportunity to really see for myself what all the ruckus is about.

Having never seen Guillermo Del Toro’s original two features, starring Ron Perlman as the Hellish, bad-mouthed beast, I didn’t approach this movie with the same level of trepidation. Like many reboots, you’ll always strike a nerve with many of its fan base, and that’s the dilemma that director Neil Marshall had to face head on.

Replacing Ron Perlman was never likely to be an easy task, but on paper and from first impressions, it seemed David Harbour would be the prefect successor. He had the gravelly tone, the macho presence and a sense of humour to boot.

Fortunately, Harbour’s performance didn’t sink to the levels of disappointment that almost every other aspect hit. He practically carries this endeavour all the way through, even with a script that is flimsy at best. He provided the gravitas that was so desperately needed, which was only made more prudent thanks to the lack of care gone into its other elements.

With Ian McShane in the wings, portraying the wise and witty old cracker (no surprise), he gives a phoned in performance at best. He’s been doing this character for years and it’s starting to feel far too comfortable. Harbour also needs a villain for his story and that just so happens to be Milla Jovovich (oh boy). Starring as Nimue, The Blood Queen who is out for revenge, for story reasons I suppose. Nimue isn’t fully utilised until the last act, but I’m not entirely sure if that’s a blessing in disguise or not, as when she does arrive, it’s during the movies least convincing and most sluggish moments, and I think she’s the most to blame for that.

The biggest crime this movie commits lies with its pacing, and even worse, its editing. It often feels unfinished with most of the film being strung together with many pieces missing. Flurrying from one over-exaggerated set piece to the next with very little subtlety.

Of course with a harsher age rating being slapped on, it was to be expected that a lot more blood and gore would follow. Seemingly, this is what the fans would have wanted. As is the case with many modern-day blockbusters though, the film relies heavily on its usage of CGI, certainly during its grandest moments, but there’s only so much head bashing, blood pouring action I can take before it enters the realms of unnecessary obscurity. Mainly thanks to its final act, that’s what we are gifted with, even if the film hasn’t earned the right for such a pay off.

It’s a shame that this reboot never seemed to deliver what was promised. On the outside it would appear to be a brutal affair that would appeal to the masses, but once you’re inside, you realise very quickly that it is indeed a clunky misfire that squanders every opportunity it tries to create, and just like a bat out of hell, the events of this movie would have already been forgotten when the morning comes.