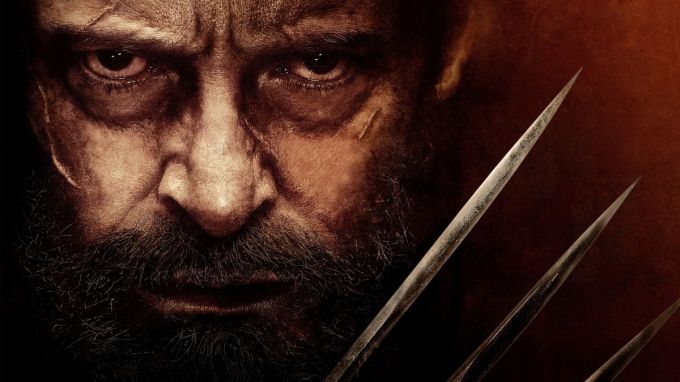 With the release of Avengers: Endgame just around the corner, I decided I would do something a little different. A new segment in which I would take the top 5 picks from different categories. Based solely on my opinion/recommendation, having nothing to do with IMDB rating or how much it took at the box office. Starting with 5 films for your comic book movie needs, to get you pumped for what could be the biggest blockbuster of the decade.

(In no particular order) 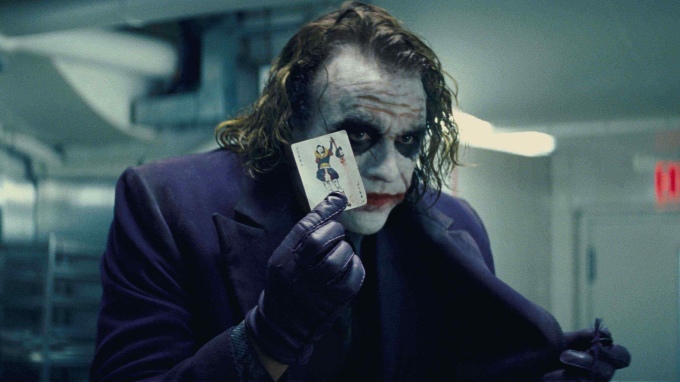 Why not start with a bang right? Christopher Nolan’s Batman trilogy has firmly gone down in history as one of the most successful to date and of the three movies, The Dark Knight showcased what a Batman movie could be at its absolute best. Long gone were the days of Schumacher’s soul destroying take on the DC hero, who left such a negative mark on the character, we wondered if we would ever get to see another live action adaptation. Fortunately, Nolan stepped up and how thankful we all were for it.

While Batman Begins was a good start, it was his second instalment with the caped crusader that took this franchise to another level. A film that didn’t demand you to pick up a comic book to fully immerse yourself in the experience, but just appreciate the art of great filmmaking.

For every good superhero you need a good villain and good just doesn’t cut it with Heath Ledger’s performance as the Joker. Ledger’s portrayal of the esteemed character is simply mesmerising. So mesmerising in-fact that it feels as though this is his movie, stealing every scene he appears, Ledger knocks Bale off his mantle.

The Dark Knight isn’t only everything you could ask for in a Batman movie, but a superhero movie period. It has the story, it has game changing performances and the flourishing action-packed set pieces. The Dark Knight is a predictable pick, but it’s pretty clear as to why it would appear on so many of these lists. 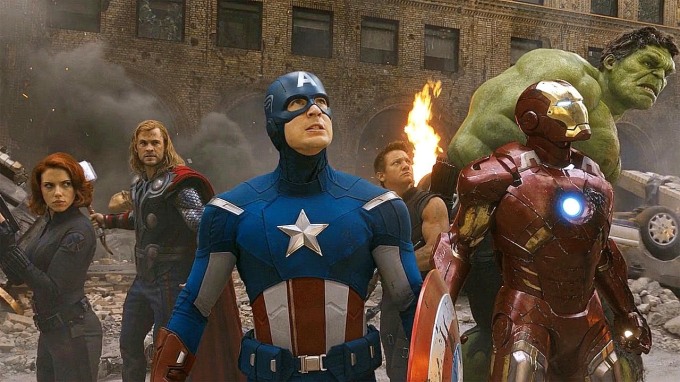 Whilst you could certainly argue that Avengers: Infinity War was the biggest, boldest and bravest entry in the MCU’s movie catalogue, for me, the first Avengers film was the most enjoyable. Going back to the one which basically started it all, watching our heroes fight side by side for the first time on the big screen was like being a kid all over again. It was the first film within their storytelling universe to really create a sense of endless opportunity.

With such a power line-up of beloved characters, The Avengers becomes a culmination of everything that made the comics so great. Iron Man, Captain America, Thor, Hulk and even Hawkeye all getting their moments in the limelight, together creating something that became a benchmark for everything to follow for the MCU. It blends big blockbuster moments with a well-polished and funny script.

Marvel’s dream may have started with Iron Man, but it was The Avengers that opened our minds to the possibilities of how far the studio could actually go. It’s my firm belief that their whole plan would have tanked on this movie being a disappointment. Fortunately, it surpassed every expectation and then some, earning itself the title of being the first ‘perfect’ Marvel movie. 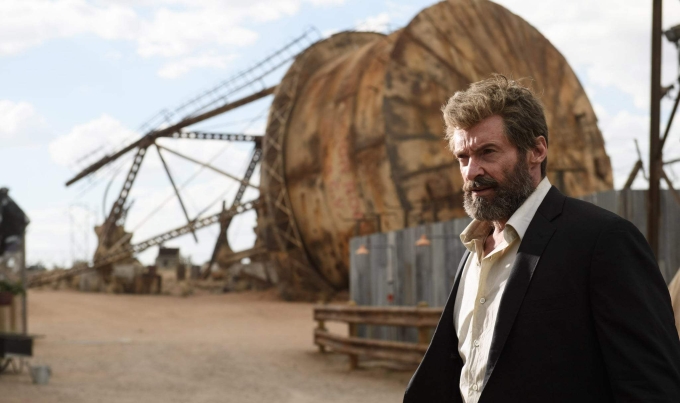 Despite Hugh Jackman’s irreplaceable performance as the Wolverine, he was always let down by poor writing, misguided direction or overall, just an average display in filmmaking. 17 years he had played the role, and we never got the chance to see the character in the way we’ve always wanted. That was until Logan came around. A visual feast of everything we had been expecting for so long, Jackman’s final curtain on the character was explosive, brutal and well worth the 17-year tease.

I consider Logan to not only be Jackman’s magnum opus, but Marvel studios’ as well. It’s a story about things coming to an end and you can feel every emotion going into every single scene, which comes to a heart wrenching final conclusion. With contracts coming to an end and news of the X-Men’s future in the air, you kind of had a feeling where this was going, but its finale still packs one hell of a punch.

Aimed at an older audience, Logan goes where none of the previous X-Men movies were allowed to. It’s this important shift that ultimately leads to Logan making its way onto the list. James Mangold directs the movie long-term fans had been crying out for and missing it, would be a real shame. 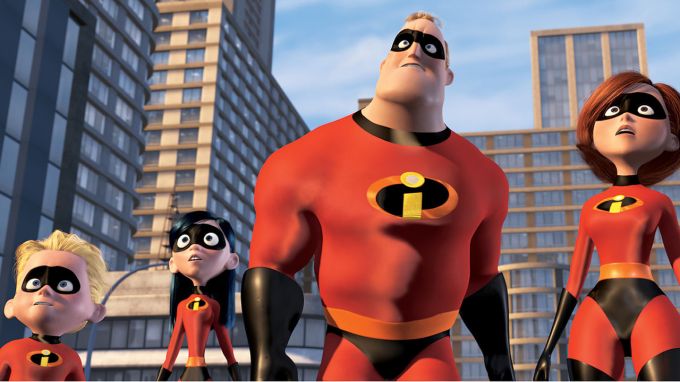 Arguably the best thing Pixar has ever come out with. The Incredibles may have been a more grounded concept in comparison to what came before it (and even after), but it was Brad Bird’s storytelling, world building and strong characterisation that won the hearts of audience members of all ages. A Pixar film that still holds up today and will happily content against any of their newest projects, including the sequel.

The only fully animated movie to feature on this list. However, don’t be fooled into thinking that makes it any less impactful or important to the world of cinema. The Incredibles symbolised everything that made Pixar so great. With its ground-breaking animation and ambition, Bird took us on a journey of one family’s struggle of leading a normal life due to their unique superpowers, whilst also somehow making it feel relatable.

The Incredibles has the charm that none of these other movies have. A brilliant picture with so much going for it. From incredible voice acting, to its ageless animation and the fun filled atmosphere it provides, it more than earns its right to be amongst these powerhouse movies. 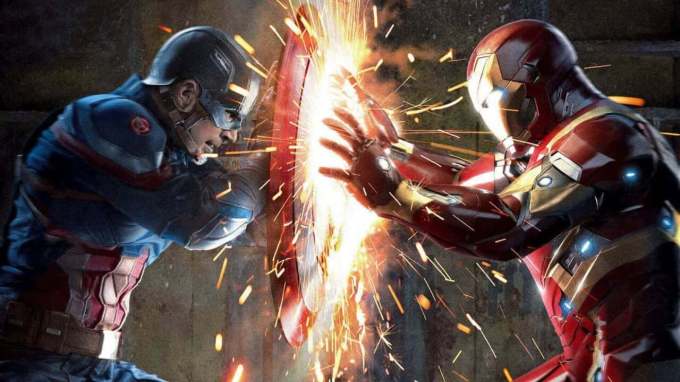 Given the cinematic take-over of the MCU at the moment, it shouldn’t come as a surprise that another movie from their expanded universe should make it onto the list. Where The Avengers brought some of their biggest heroes together, it was Civil War that broke them up, adding a whole new depth to the characters and the story moving forward.

Civil War is an action-packed adrenaline rush. Offering a story which sees a divide in our heroes for the first time, which ultimately leads to a battle sequence that is still yet to be rivalled in the MCU. The Russo brothers, having already impressed with Captain America: The Winter Soldier, take the helm with Marvel’s next big project. Succeeding with such merit it came as no surprise they would get the directing gig for Infinity War.

With the introduction to some of the futures next big stars, the movie offers shocks, surprises and a ton of suspense. Overall, Civil War is a well-rounded piece of cinema. It blends big scale fight scenes perfectly with some of that Marvel-esque style of comedy that became a signature to their increasing movie portfolio.

Let me know what you think. What movies did I miss? What films best define the genre for you? Drop a comment below…